The vitality of the body has much to do with the manner of breathing. Wrong ways of breathing may cause considerable de-vitalization of the body, tensing of the facial muscles, rigidity in the skull and scalp, and the tightening of the chest. These also adversely affect the functioning of the brain, which causes impairment in the activity of the mind in turn.

The ancient yogis observed a close relationship between the breathing processes and the mind. If we observe our own breathing, we would find that it has a particular rate – the number of inhalations and exhalations per minute. This rate varies not only from individual to individual, but also differ in the same individual in accordance with his or her mental & emotional states.

This fact is also illustrated in animal behaviour. A dog is observed to breathe at the rate of 28 breaths a minute. On the other hand, a relatively more reposed and less excitable animal such as the horse respires at 16 breathes a minute. The normal breathing rate of a human being is 12 to 20 breaths per minute, the range reflecting the fluctuation of mental & emotional moods.

Our mind directly affects all the functions of the human organism. In fact, most diseases have a mental origin. However, due to its very nature, the mind is difficult to control directly. The yogis developed techniques for the regulation of breathing processes, through which they could regulate the mind indirectly. These breathing techniques are called Pranayama.

Pranayamamay be described as expansion & extension of energy or the life force, through a conscious process of prolonging the inhalation, retention and exhalation of breath. The term is derived from the Sanskrit prana(literally meaning “vital energy”, but also includes will power and ambition) and ayama(meaning “stretch, expansion and extension”, but also includes the storage and distribution of that energy).

Through the practice of Pranayama, the individual learns to move energy vertically, horizontally and cyclically to the frontiers of the body. The brain becomes quiet, and thus allows the nervous system to function more effectively. The mental activities are then brought under control. This leads to a well-balanced emotional life, which is the key to positive health.

The breath is critical to the maintenance of human life. A person in deep sleep does not hear, smell, touch, taste see anything. However, the individual does breathe. Thus, it is the mechanism of breath that keeps a human being in continuous contact with the external world.

The nose, with its two nostrils, is the only bodily organ that remains in continuous interplay with the external environment. Through the nostrils, the human being draws in air, the vital energy, as well as subtle vibrations present in the environment. However, the nostrils have a much more significant role than acting merely as conduits for the passage of air into the lungs.

Breath patterns deeply affect the body chemistry. When we breathe predominantly through the right nostril, we are charged with solar energy that stimulates the left-brain. This makes the person relatively more skeptical and logical. Breathing through the left nostril stimulates the right-brain, which increases compassion and intuition.

When both nostrils operate equally, the two brain hemispheres are observed to work in unison with one another.

The simple act of changing the breath from one nostril to the other can reverse the brain hemisphere dominance, and thus transform the chemical reactions taking place throughout the organism. Each hemisphere holds a unique, readily discernible influence upon physiological operation, and exerts significant changes in the manner of perception, voluntary actions as well as involuntary bodily responses.

The human feeling states, and the resultant conditions of health or disease, are the product of body chemistry. Conscious control of breathing patterns can potentially allow people to shape and condition their body chemistry. The knowledge and practice of the principles of breathing thus hold significant potential for influencing the feelings of the person. This enables the regulation of the state of the mind in turn, and ultimately facilitates the prevention of disease.

To help establish the natural and relaxed rhythms of the body and the mind, certain breathing practices have been designed. These help focus one’s awareness on the breathing process, which is otherwise taken for granted very often. They also help develop sensitivity to the respiratory process, and help strengthen and retrain the muscles of the pulmonary cavity.

The respiratory system consists of a group of passages that filter the incoming air, and transport it from the outside of the body into the lungs as well as the numerous microscopic air sacs (alveoli) in which gas exchanges take place. This entire process of exchanging gases between the atmosphere and the body cells is known as respiration.

The lungs have a spongy, elastic texture. They are primarily composed of alveoli, which is the basic unit of respiration. These alveoli connect with the outer air by means of the bronchial tubes. Their function is to allow the red blood cells to absorb oxygen from the air in the lungs, and carry it to the various tissues of the body. On their return journey, these blood cells bring a cargo of waste products from the body and unload the CO2into the lungs for expulsion.

The biologic and psychic activities of the human being depend mostly upon the supply of air and the oxygen therein. All the body organs also work in rhythm as long as they are kept supplied with oxygenated blood from the heart.

The Mechanism of Breathing

Respiration (or breathing) is essentially a two-step process of the alternate expansion and contraction of the thorax (chest cavity) by means of which air is drawn into or expelled from the lungs. It begins when the pranalocated in the hypothalamus sends out a message to the sympathetic and parasympathetic nerves, the intercostal muscles, and also to the diaphragm.

When the diaphragm descends, the external intercostal muscles contract and a vacuum is created that allows the air to go in. This movement is termed as inspiration(inhalation).

When the lungs are full of carbon dioxide, the hypothalamus is stimulated. It then sends a second message to contract the diaphragm, which then rises up. The internal layer of the intercostal muscles are contracted, while the ribs move and work as if pressure is created from outside. The lungs can then exhale. This is the mechanism of expiration(exhalation).

Three important sets of muscles are used during the act of respiration. These are as follows:

a) The diaphragm, (the muscle that divides the thorax from the abdomen)

b) The intercostal muscles, (the muscles of the thorax)

c) The clavicular muscles, (near the shoulder blades)

Most people breathe incorrectly, using only a small part of their lung capacity. The breathing is then shallow, and deprives the body of oxygen & the pranathat are essential to good health. On the other hand, the first step in Pranayamais to tune into the rhythm of the breath, and regulate the same. Rhythmic, deep and slow respiration is observed to calm down the mind.

There are four techniques that help to introduce correct breathing habits into the physiology, and thus act as an essential preparation to the practice of Pranayama. These are as follows:

Intercostal breathing utilizes the middle lobes of the lungs by expanding and contracting the rib cage. It is usually associated with physical exercise and exertion as well as stress and tension, during which times it helps the body to obtain more oxygen. However, there is an unhealthy but widespread tendency of people to continue this type of breathing – long after the emergency situation has passed.

This is the final stage of the total rib cage expansion. It occurs after the thoracic inhalation has been completed. During clavicular breathing, the upper ribs and the collarbone are pulled upwards by the muscles of the neck, throat and sternum. This requires maximum expansion on inhalation, and it ventilates only the upper lobes of the lungs.

The proper use of the diaphragm causes equal expansion of the alveoli, improves lymphatic drainage from the basal parts of the lung, massages the liver, stomach, intestines and other organs that lie immediately beneath it, exerts a positive effect on the cardiac functions and coronary supply, and improves oxygenation of the blood as well as its circulation.

Yoga observes that the respiratory act is that it actually a four-step, cyclic process, as follows:

b.         Kumbhaka, or the inspiratory standstill, or internal breath retention

d.         Shunyaka, or the expiratory standstill, or suspension of breath

All the different practices of Yogic breath expansion involve techniques that utilize these four aspects of breathing only. The basic purpose of these breathing exercises is the assimilation of the maximum amount of oxygen, with the minimum expenditure of energy.

The efficacy of breathing exercises depends upon the health of the respiratory apparatus, which in turn is a function of the quantity and quality of air inhaled, as well as the rhythm and completeness with which the four major stages of respiration are performed.

Pranayamais oriented towards the regulation & expansion of pranaor vital bio-energy, and its distribution across the various levels of our being. It involves the manipulation of respiration beyond its normal limit – stretching it, speeding it up and slowing it down in order to experience the full range of respiration on the gross as well as the subtle levels. During pranayama, the breath is drawn in and out gently. There are no sudden movements.

During inhalation, each molecule, fibre and cell of the body is allowed to receive and absorb the prana. The person becomes aware of the gradual expansion of the respiratory organs, and feels the breath reaching the remotest part of the lungs. In exhalation, the gradual release of the breath gives the cells sufficient time to re-absorb the residual pranato the fullest possible extent. This allows for the full utilization of energy, and thus helps to build emotional stability.

The characteristic feature of Pranayamais the retention of breath (kumbhaka). The retention of breath affects the flow of praniccurrents in a very marked manner. This gradually enables the person to gain voluntary control over these currents. In fact, the practice of Pranayamabegins only when the breath is stopped for some period of time between inhalation & exhalation.

Pranayamasare of many kinds & have different functions – sensitizing, balancing, tranquilizing and vitalizing. Some of the popular Pranayamatechniques include NadiShodhan, Sheetali, Seetkari, Bhramari, Ujjayi, Bhastrika, & SuryaBheda. However, as a starting point of the journey towards good health, a practice of the breathing techniques outlined earlier is quite adequate. 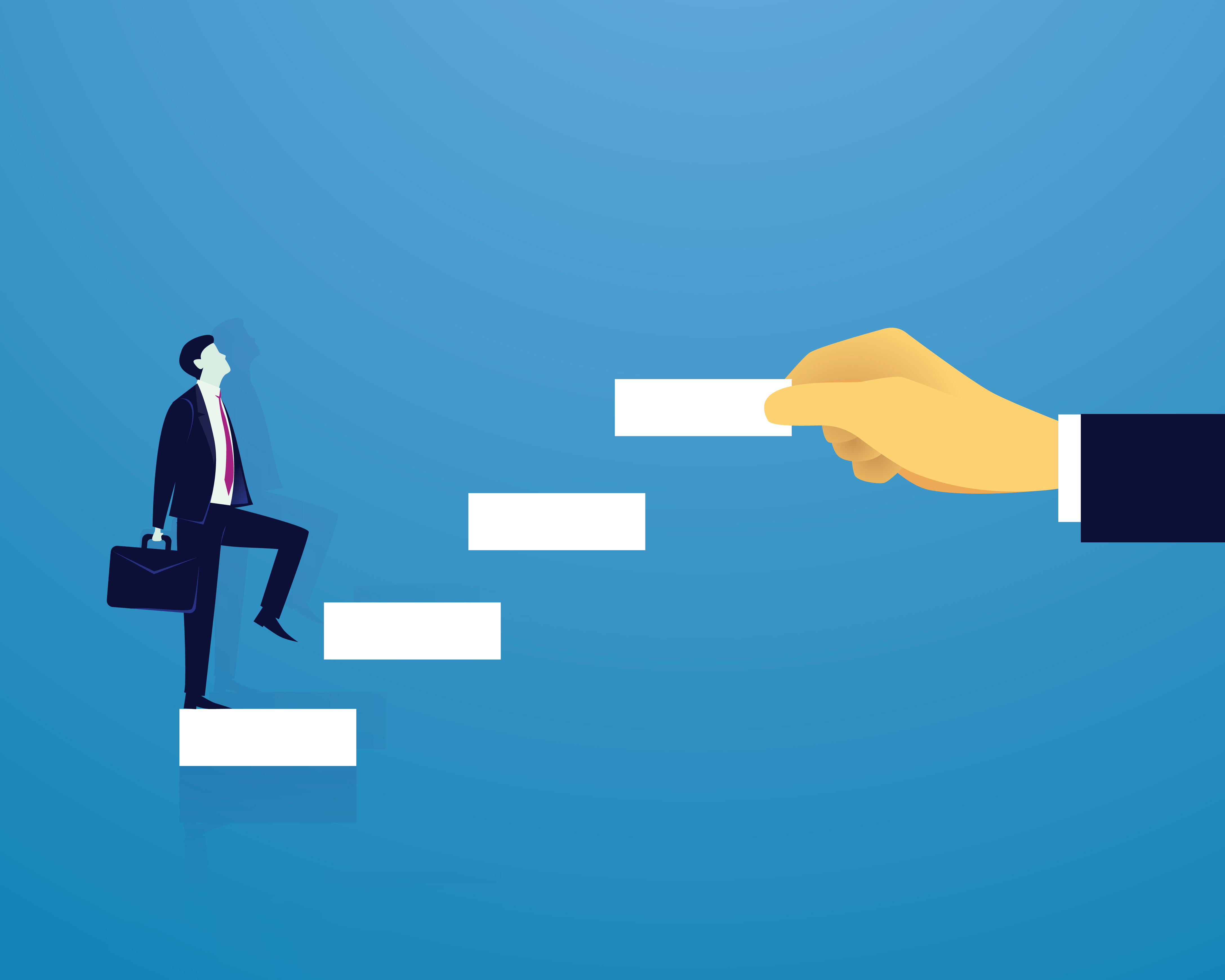 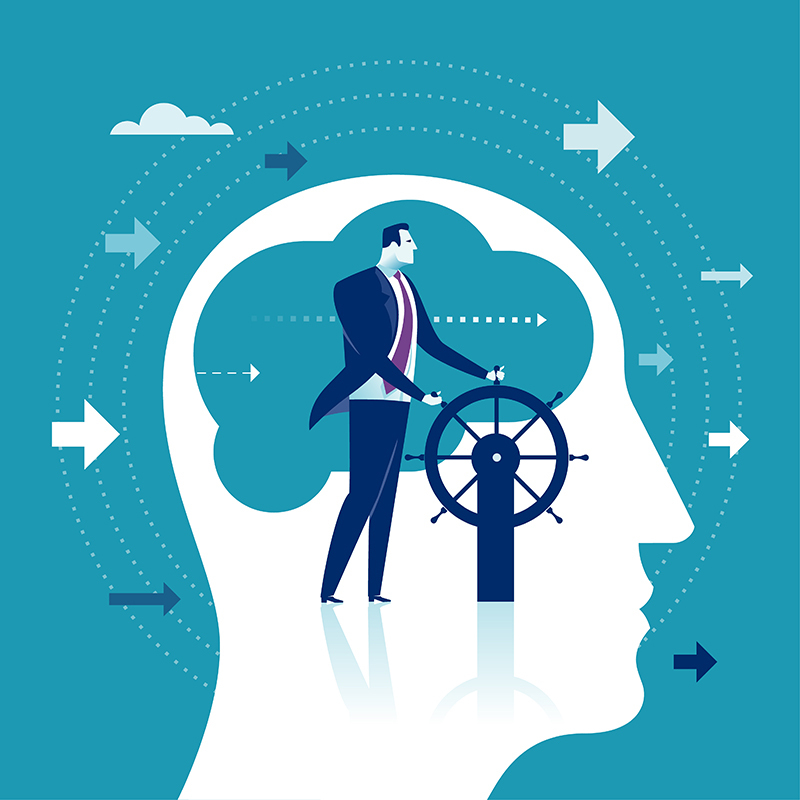