A Career Saved is a Career Made

People management starts at an early stage of a manager’s career. This is the time when a young manager often starts to form his or her beliefs and practices about how to manage people. It is also the time when mentoring support is most often needed.

Typically, a rookie manager resorts to short-term approaches when dealing with difficult situations and people. While focusing on targets, there is the temptation to take quick measures to deal with people. Most of the management articles focus on the need to hire, and retain, for attitude. Skills can be taught. However, there is very little literature on the long-term rewards that can be accrued when an employee’s attitude is turned around. Not only does this upturn have a positive impact on the employee, but it can also have a significantly constructive impact on team morale.

When I took over my position as a young Area Sales Manager at Britannia in my mid-twenties, handling the state of Uttar Pradesh, I was faced with a similar situation. Our Sales in the state had started to plummet. This was a problem for the local Management, as the state had hitherto been the largest contributor to the company’s revenues from the Region.

When I took charge, I noticed that there were several issues that had contributed to the declining sales in the state. The salient ones among these were:

the company. This can easily be gauged, as shown below:

The overall sales were languishing at 180 tons per month by volume, and were stagnant.

The situation called for a major restructuring of the operations, and an action plan was quickly drawn up. During the first few months, little progress could be made towards successful implementation of the same on account of the low team morale. My predecessor had abdicated his managerial duties down the line to his supervisor (a gentleman named Arvind), who ran the territory using an authoritarian approach.

Arvind’s approach was to unduly favour those sales representatives whom he was personally partial to. This created a significant imbalance in the team. In particular, there was a Sales Representative by the name of Rohit Kapoor with whom Arvind held regular counsel – much to the chagrin and exclusion of the others. Rohit was a very intelligent person, and one who could have easily risen to become a manager by that time. However, Rohit was still a front line worker at that juncture. Productivity, team spirit, and the team morale in this situation were at an all time low.

We soon realized that in order to turn the business around, we needed to focus on some of the crucial HR aspects of the business – in addition to the strategy and the sales processes. Neglecting the people element would not have been conducive to building a strong team – which was the need of the hour then.  Thus, we  commenced our work on team building over the next few months – keeping the following first principles in mind:

After the initial efforts to rein Arvind in were unsuccessful, we organized to have him transferred out of the territory. Eventually, he left the organization. To replace Arvind, we brought in Mr. I.C. Saini as the new Sales Supervisor – on promotion. Mr. Saini was a highly experienced Sales Representative, and possessed human and managerial qualities that proved to be invaluable later on.

Mr. Saini brought with him deep market knowledge, and a commitment to the business. A stickler for performance, and for adherence to the implementation of systems, he was also highly respected for his knowledge, fairness and passion for the trade.

The activity plans that were discussed and implemented by Saini were along the following parallel lines of action:

The one area that required special attention was the performance and attitude of Rohit Kapoor. He was proving to be recalcitrant, and simply did not work.

Whereas the standard for a sales representative was thirty calls a day, Rohit managed two. While the standard was a minimum of twenty-two selling days a month, Rohit managed just five. When the rest of the team had started to fully achieve their sales targets, Rohit was managing to do just about a quarter of his numbers. Moreover, his costs were above budget, and his reports always came in late. Further, he was rude and contemptuous of the rest of the team. Rohit was continuing to be a strongly divisive force.

The question that needed to be answered at this stage was – to paraphrase Hamlet– “To sack, or not to sack?” We had to decide whether to ask Rohit to leave the organization, or to put in the necessary effort to turn his performance and attitude around. After much deliberation and debate, it was decided to try and persevere to engage with him towards the development of a constructive attitude. Rohit’s talent and intelligence was an asset that we did not want to waste. This would have been a disservice to him as well as to the team. However, we felt that we had to follow a course of action that was considered to be unusual at that time.

Broadly, there were three phases that we followed in the course of his rehabilitation. The first phase was oriented towards bringing about a sense of realism into Rohit with regard to his role in the team. The second phase was designed to integrate him into the team. And the goal of the third and final chapter of the journey was to build his capabilities so that he could develop his career and move beyond his current level in the organization.

Over the course of the first year, we continued to monitor Rohit even as the rest of the team and the processes were being rebuilt. He was put on par with the rest of the team, and received no special treatment. This was something that he was not accustomed to, and it took some time for him to accept this change in his status.

This step was thought to be necessary, as Rohit was extremely truculent and rebellious. As the other team members gained their voice and confidence, Rohit started to realize that his own importance and relevance in the team was waning.

A year on, IC Saini started to visit his territory to help Rohit revive the business there. By this time, Rohit had mellowed down considerably. Saini then started to have deep discussions with him on issues that pertained to business, as well as on topics outside the realm of day-to-day business

Rohit’s performance started to improve slowly – almost imperceptibly. Six months later, I started to visit his territory as well. Apart from business, I started to have long conversations with him about life, his views on business, his personal issues and other general matters.

The other members of the team continued to improve, and a bond started to form within the team. The only one who was not yet part of the team was Rohit. He, who had earlier kept others out, still found himself outside the team. It was now felt necessary to move to the next phase of Rohit’s rehabilitation, which took the form of an effort to integrate him into the team.

Rohit was very intelligent, and we knew that he had much more to contribute to the team than just the simple achievement of his sales numbers. As his performance and attitude started to improve, we slowly started to engage him in discussions on how to build sales in the territory. Periodically, we also asked him to hold a few basic training sessions for the rest of the team.

There was a lot of hesitation and resistance in the team at first. This was required  to be managed carefully but firmly, on account of the animosity that the team still felt towards him. As the training sessions continued, his changed attitude communicated itself to the rest of the team. Gradually, he became an accepted member of the team.

During this period of almost three years, the overall sales for the territory grew from 180 tons to over 300 tons of biscuit sales a month. We had grown faster than the market. Our cost position had improved, the team morale was up, and we had made significant inroads into the rural markets. Processes had been put in place, and these were followed in practice.                         The improved health of the territory was reflected in the key performance metrics that were measured by the company, as below.

Most importantly, by the end of this period, the territory sales team was united and strong. This was a far cry from the situation at the beginning of this period, when there were silos and factions within the team. The improved communication and sense of belonging created a strong bond amongst the team members.

Rohit remained a sales representative during my tenure. However, his career started to grow from this period onwards. He was promoted to Sales Supervisor, and then to the position of the Area Sales Manager. No doubt, he had lost valuable years. However, this delay had definitely helped him become a better person, and perhaps a better leader too.

My corporate career subsequently took me to several corners of India, as well as to China and Singapore. During this time, I have been involved with building teams, turning businesses around and putting them on the growth track, post-merger integrations and divestments. Teams, and individuals, go through stressful situations. Money has been found to be a short-term motivator. The lessons that I learned in the case with Rohit proved invaluable to me in my career, and in some of the situations that have been detailed in this last paragraph.

A few years later, when I joined Bayer, I discovered that I had to rebuild my team. This is something that was done in China, as well as India. By this time, I was at a more senior, national level – with complete responsibility for the business. There  was significant visibility in the situations that needed to be managed, and small errors could be blow out of proportion. The HR issues were quite complex. Yet, many of the principles that I learned and practiced during my younger days, as for example in the case of Rohit, stood me in very good stead.

The strength of any strategy lies in the implementation, and this depends on how well the teams and the individuals are managed. The simple principles of fairness, consistency, respect for people, and building a common vision and purpose have been the corner stones of my HR practices through my career, and have helped build strong teams and lasting relationships.

He started his career with Mukand Iron and Steel Works, Mumbai. Post the MBA, he worked with Britannia, ITC Limited (Agri-Businesses Division), and then with Bayer India. During his tenure with Bayer, he was also transferred to China, and then to Singapore.

Post these assignments with Bayer, Rajiv returned home as the President of DSM India. Here, Rajiv built the nutritional business for DSM and also established a new legal entity for their ITES services business. Further, he established DSM’s India Corporate Center as well as an Innovation Center for the company.

Rajiv has been actively involved with several trade bodies, including the CII, FICCI, OPPI and ILSI-India.

Over the course of his career, Rajiv has been responsible for building very strong teams. He has been involved in several business turnaround situations, as well as acquisition and divestment activities. As a result of these experiences, Rajiv has come to the firm belief that it is strong individuals and teams that build businesses, and that Human Resources needs to be an active partner in helping build high performance organizations. 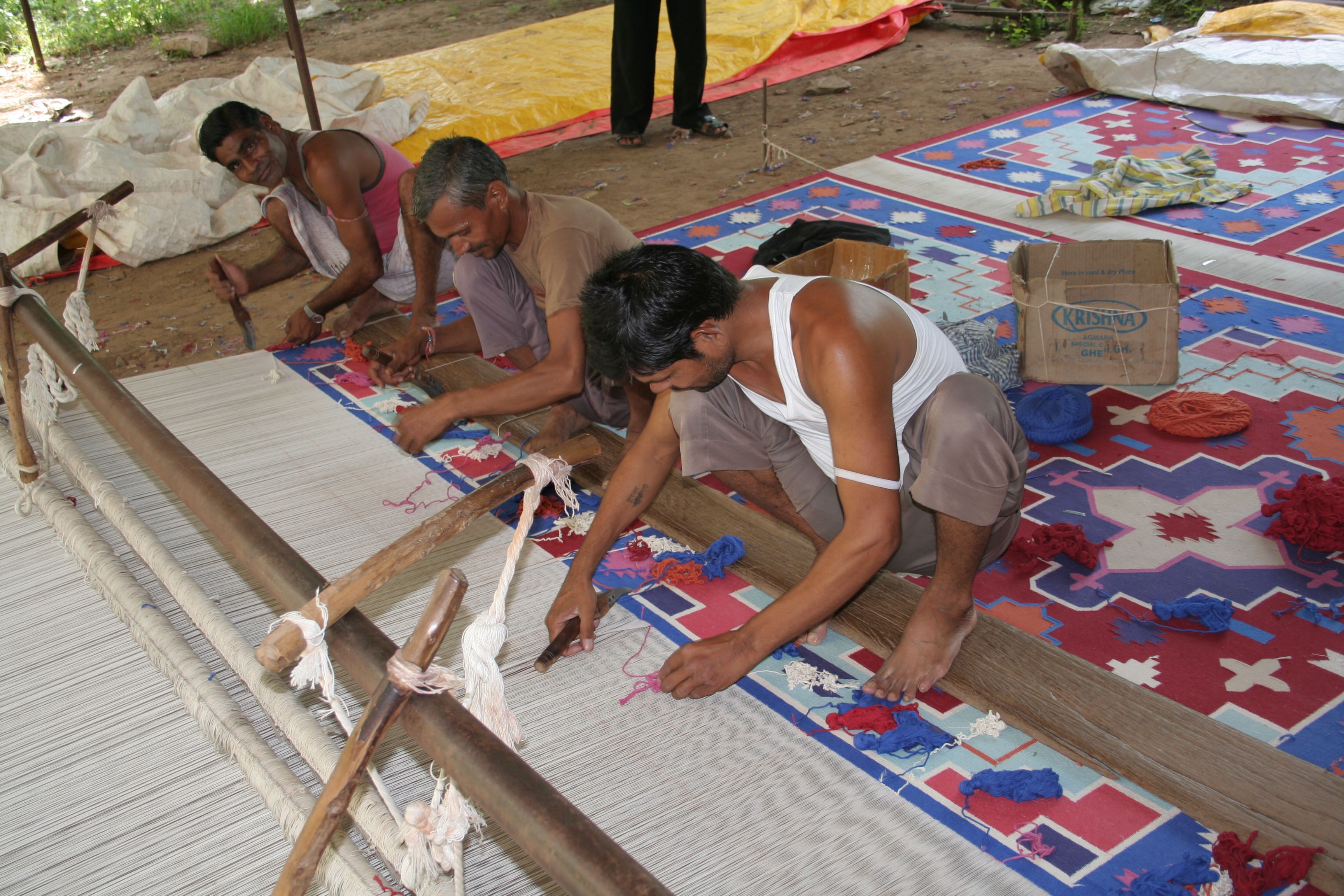